The Ionospheric magnetoplasma Ray Tracing is an applicative software package for calculating a three-dimensional ray tracing of high frequency (HF) radio waves in the ionospheric medium. 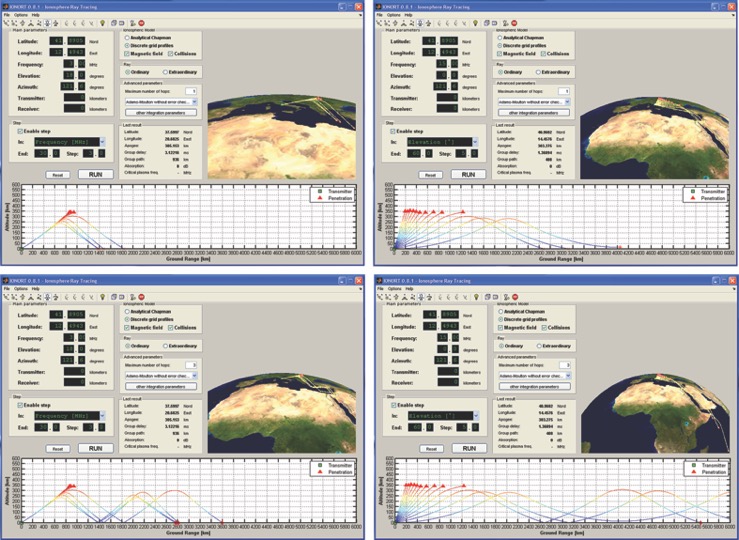 The software runs under Windows operating systems. The corresponding software is coded in MATLAB for the input/output routines, while the integration algorithm is coded in FORTRAN. MATLAB graphical user interface (GUI), friendly managing the input needed to the integration algorithm and the corresponding numerical and graphical output, facilitates noticeably the numerical data input entry managed by the user and at the same time performs an useful two/three dimensional (2-D/3-D) visualization of the ray path.

From a numerical point of view, in order to calculate the coordinates of the ray and the three components of the wave vector as dependent variables along the path, the core of the program solves a system of at least six first order differential equations, with Hamiltonian formalism, which are computed into a spherical coordinate geocentric system, where the group path is the independent variable of integration.

More details can be found on ScienceDirect: IONOspheric Ray Tracing

company profile and description of services